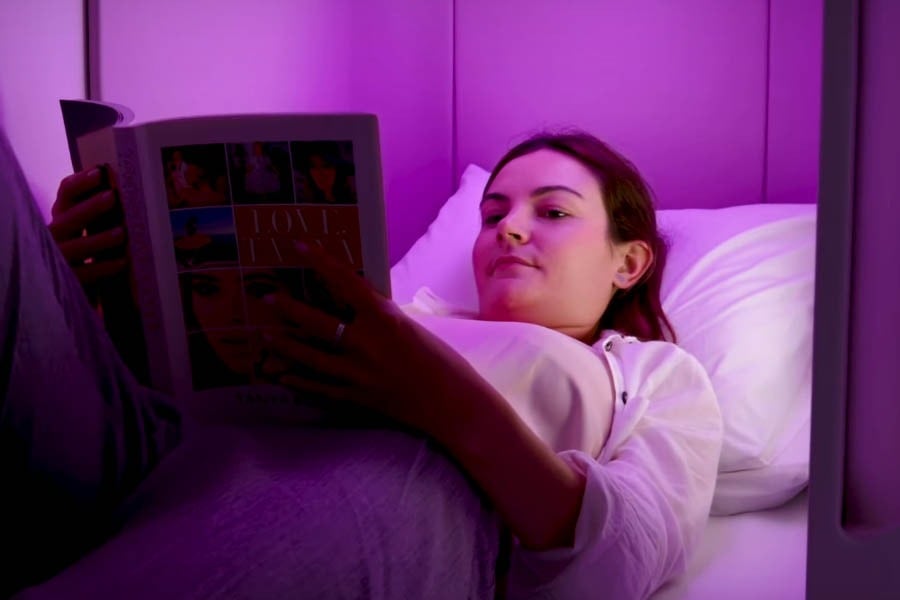 At the end of 2020, aircraft equipped with full berths will begin to supervise on the New York — Auckland air route. Air New Zealand plans to install six beds in each cabin on this route.

According to the carrier, a comfortable sleep during the flight should not be a luxury. They plan to sell tickets «with a bed» at affordable prices. These seats will form a new class of service that will be referred to as Economy Skynest.

Representatives of Air New Zealand accompanied this news with an explanation that the airline is concerned that economy class passengers are forced to endure serious inconvenience during long flights. For example, the road from Auckland to New York takes about 20 hours. All this time, people do not have the opportunity to even stretch their legs. Naturally, after such a trip, they feel tired and often suffer from pain.

After a flight on berths, there should be no such problems. The size of the bed, 200 x 58 cm, will allow you to get comfortable with maximum comfort. A pillow, duvet and fresh bedding set will create a cozy feeling. A thick curtain will help to fence off fellow travelers. In addition, each such location will be equipped with reading lights, USB outlets and vents.